10 Most Important Events in History

The history of the world is a complex and fascinating topic, filled with important events that have shaped the course of human civilization.This blog will explore some of the most important events in history, including the fall of the Roman Empire, the French Revolution, and the American Revolution. Each event will be discussed in detail, with a focus on the causes and consequences of each.

The founding of Rome is one of the most important events in history. The city of Rome was founded on Palatine Hill by Romulus in 753 BC. Romulus was the legendary founder of Rome. He was the son of Mars, the god of war, and Rhea Silvia, the daughter of the king of Alba Longa. Romulus and his twin brother, Remus, were abandoned as infants. They were raised by a she-wolf who suckled them. When they were older, they were found by a shepherd and raised by his wife. Romulus and Remus decided to build a city. They argued about where to build it. Romulus won the argument and founded Rome.

The fall of the Roman Empire is one of the most important events in history. It occurred in 476 AD when the last Roman emperor, Romulus Augustus, was overthrown by the Germanic leader Odoacer. This event marked the end of the Roman Empire, which had been in decline for centuries.

The Roman Empire was one of the most powerful empires in history. It was founded in 27 BC by Augustus Caesar, and at its peak, it controlled a territory that extended from Britain to North Africa and from Spain to the Middle East. However, the Roman Empire was not immune to decline. By the 4th century AD, it was beset by a number of problems, including economic stagnation, military weakness, and political instability.

The Viking raids were a series of important events in history that took place between the 8th and 11th centuries. These raids were carried out by Norsemen, also known as Vikings, who were a group of people from Scandinavia who sailed their longships to other parts of the world in search of treasure, land, and slaves.The Vikings were known for their fierce fighting and seafaring skills, and they were feared by many people in the areas that they raided.While the Viking raids were often violent and destructive, they also had a significant impact on the cultures that they encountered, and they helped to spread the Norse culture and language to new parts of the world.

On October 14th, 1066, the Norman Conquest of England culminated in the Battle of Hastings, which saw the forces of William the Conqueror defeat the English army under Harold Godwinson. The battle was a turning point in English history and has been commemorated in art and literature for centuries.

The Battle of Hastings was fought on a ridge near the town of Hastings in East Sussex. The English army, under Harold Godwinson, was positioned on the ridge, with their backs to the sea. The Norman army, under William the Conqueror, was positioned in a valley to the east, and began their assault up the ridge. The English army was eventually defeated, and Harold Godwinson was killed.

Electricity is one of the most important inventions in history. It has allowed us to do things that were once impossible, like light up our homes and power our machines.

Electricity was first discovered in 1600 by William Gilbert, who found that when he rubbed a piece of amber with a piece of cloth, it produced a spark. This sparked the interest of other scientists, who began to experiment with electricity. In 1752, Benjamin Franklin flew a kite in a storm and discovered that lightning was electricity.

The Battle of Agincourt was a major turning point in the Hundred Years War and one of the most famous battles in English history. It took place on October 25, 1415, near the town of Agincourt, in northern France.

The English, led by King Henry V, were outnumbered by the French, but they were able to win the battle with a combination of superior tactics and the use of the longbow. The French king, Charles VI, was killed in the battle, and his son, the Dauphin, was captured.

The Battle of Agincourt was a significant victory for the English, and it helped to secure their control over northern France.

The Protestant Reformation had a significant impact on the development of Western civilization, and it led to the creation of many Protestant denominations, including the Lutheran, Calvinist, and Anglican denominations.

The English Civil War began on 22 August 1642, when Charles I raised the royal standard in Nottingham to rally his supporters. The war ended on 3 September 1651, with the Parliamentarian victory at the Battle of Worcester. The English Civil War was a series of armed conflicts and political machinations between Parliamentarians (Roundheads) and Royalists (Cavaliers) over, principally, the manner of England’s government.The first (1642–1646) and second (1648–1649) wars pitted the supporters of King Charles I against the supporters of the Long Parliament, while the third (1649–1651) saw the rise of the Commonwealth of England, ruled by the Rump Parliament and then by Oliver Cromwell as Lord Protector. The war ended with the restoration of the monarchy, and the execution of Charles I.

The American Revolution was a pivotal moment in world history, marking the beginning of a new era of self-governance and democracy.The Revolution was spurred by a number of factors, including the British Parliament’s attempt to tax the colonies without their consent, the Boston Tea Party, and the Battle of Bunker Hill.

The Revolution was fought by a ragtag group of colonists, many of whom had no military experience. They faced a well-trained and well-equipped British army, but they were eventually victorious, thanks to their determination, courage, and patriotism.

The Revolution was a watershed moment for the United States, and it has had a profound impact on the world ever since. It has inspired people around the world to fight for their rights and to demand democracy and self-governance. 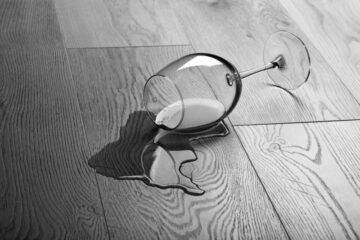 Excessive drinking is increasingly killing middle-aged adults — a trend that had been brewing for nearly two decades before it ramped up at an alarming pace when the coronavirus pandemic began. Alcohol-related deaths rose by Read more…

Public Speaking Tips You Can Use Yourself

Eventually, we all have to speak in front of others. It is often required in high school and university studies. Many jobs require a certain amount of public speaking. Use this advice below to become Read more…

Iran’s president insisted Wednesday that his country is serious about reviving a deal meant to prevent it from acquiring a nuclear bomb but questioned whether Tehran could trust America’s commitment to any eventual accord. Read more…