The third quarter was eventful for the Group. We had set ourselves big challenges for the third quarter, and we are happy to say that the set goals were met:

The result of the third quarter was significantly affected by our strategic decision to sell some of the Ivo Nikkolo trademarks and to continue using the trademarks under an exclusive license. The purpose of the transaction is to finance the Group’s business activities, and the Group will use the amounts received from the transaction to finance core activities, projects, and investments. The sales price of the trademarks was 8,000 thousand euros, and the money will be received by the Group in four instalments, the last payment to the Group will take place at the end of 2024. Despite the transfer of trademarks, the Group retains the exclusive right to use the trademarks for 10 years based on an exclusive trademark license agreement. The period of the license agreement is automatically renewed for the following one year and after the end of each subsequent renewed period unless the contracting party provides the other party with a notification of a different content no less than three months before the end of the period. The validity of the license agreement ends in any case when the legal protection of all trademarks has ended. Otherwise, the license agreement can only be terminated by written agreement of the parties. The Group pays a license fee of a maximum of 345 thousand euros per year for the use of trademarks, depending on the turnover. As a result of the transaction, the Group received a one-time profit in the amount of 7,436 thousand euros, which explains the increase in operating and net profit for the quarter compared to the third quarter of last year. The transaction also had a positive effect on the Group’s equity: as a result of the transaction, the Group’s equity is in compliance with the 50% share capital requirement stipulated in the Commercial Code.

The opening of the new Ivo Nikkolo e-store on September 22 marks the beginning of our decision to take a strong step forward with the development of the omnichannel strategy. In nine months, sales through other channels account for approximately 10% of total sales. The Group aims to double this share next year through the omnichannel strategy and the development of additional functionalities of the e-store. Together with the opening of the new e-store, the Group switched to a new ERP system. The introduction of the new system also means that the entire Group implements a single ERP system. The group-wide ERP system allows the Group to collect, store and analyse its business data in a centralized location, providing more opportunities and transparency for making strategic management decisions.

The gross profit for the third quarter was 1,321 thousand euros, decreasing by 45% compared to the same period last year (Q3 2021: 1,921 thousand euros). The Group’s gross profit margin was 54% in the third quarter, an improvement of 4 percentage points compared to the same period last year (Q3 2021: 50%). The increase in raw material and transportation prices and the strengthening of the US dollar led to a significant cost increase in the price and delivery of goods. Despite the increase in prices, the Group has been able to improve the gross margin thanks to well-managed discounts and partially passing on price increases to customers.

The Group’s distribution and administration expenses were 2,022 thousand euros in the third quarter, decreasing by 28% compared to the same period last year (Q3 2021: 2,590 thousand euros). The decrease in retail costs is related to general cost savings and the closing of unprofitable stores. The group’s general administrative expenses have remained at a similar level to the same period last year.

Baltika continues to implement its strategy:

Ivo Nikkolo’s fall collection has been well received. In October, sales of Ivo Nikkolo products through all channels increased by 10 percent compared to the same period in 2021. Retail sales efficiency (sales per m2 per month, EUR) was 138 EUR, increasing by 23% compared to October last year. The increase in the turnover of Ivo Nikkolo products is an important sign that the demand for our products remains even if the general purchasing power of customers decreases.

In the fourth quarter, the Group will continue with general cost savings and productivity enhancements to make the business even smoother and more efficient. In the fourth quarter, the Group plans to close three stores, two of which are unprofitable (one each in Estonia and Lithuania) and one store in Estonia that does not match the profile of Ivo Nikkolo stores. The closing of the store in Lithuania will be replaced by a new Ivo Nikkolo concept store.

In the fourth quarter, the focus is also on marketing activities. In October, we started an extensive brand awareness campaign in Latvia and Lithuania, which will last until the end of the year. In October, Ivo Nikkolo presented a modern feminine clothing and accessory collection at Riga Fashion Week (11.10.2022) and Tallinn Fashion Week (20.10.2022).

By the fourth quarter of 2022, the overall market situation for inventory purchases will be more negative due to external factors compared to the same period last year, mainly due to increased inventory prices and transportation costs. To avoid possible delays in the supply chain, the Group has brought inventory orders forward, therefore an increase in inventory levels is expected in the following periods.

Consolidated statement of profit or loss and other comprehensive income 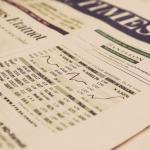