ARSENAL were held to a 1-1 draw at Southampton on Sunday but they still hold a two-point lead at the top of the Premier League table having tasted defeated just once this season.

Granit Xhaka (£2.7m) scored the visitors’ lone goal at St Mary’s to underline his new role for the Gunners.

This season it has been noticeable how much more frequently the Switzerland international has occupied advanced positions and influenced play in the final third.

Previously an anchor who specialised in ball recoveries and safe possession, this term he’s operated as more of a box-to-box midfielder with a keener eye for goal.

In fact, the 30-year-old’s strike against Saints was his fourth in all competitions meaning 2022/23 is already his joint-best campaign in terms of goal returns since he moved to north London in 2016.

One more goal would equal his best-ever career tally, achieved in 2014/15 with Borussia Monchengladbach, and with over half a year still to play it seems inevitable Xhaka will set a new personal best.

His reinvention is underlined by his tally of his three assists as well, giving him seven goal involvements in all.

Only Gabriel Jesus (£5.8m) and Bukayo Saka (£4.5m) have registered more goals and assists among Mikel Arteta’s squad so far this season.

Naturally this increased output has translated to Dream Team success.

At the time of writing, Xhaka is the seventh-best midfielder in the game having racked up 48 points.

He was named Star Man at St Mary’s for a 13-point haul, his biggest for a single fixture this campaign.

The Gunners are flying high and there’s certainly no need for Arteta or Xhaka (3.6% ownership) to mess with a successful formula so Dream Team gaffers can expect the latter to continue in a more advanced role, one he’s often occupied at international level.

Whether he’s able to maintain his current rate of scoring is another matter altogether but he certainly deserves praise for his efforts so far.

Arsenal face PSV on Thursday night before hosting Nottingham Forest on Sunday – Steve Cooper’s side are currently bottom of the league so more returns for Xhaka are not out of the question. 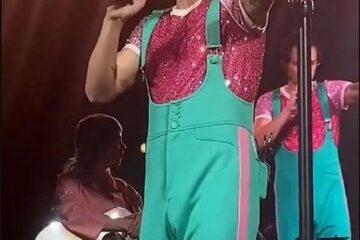 Harry Styles was forced to stop a live concert after eight fans fainted and many others couldn’t “breathe”. In a video being shared online from his gig in Bogota, Columbia, Harry, 28, asked fans to Read more…

Zinc, Oleandrin and More — Eat This Not That

Wouldn’t it be great if the solution to preventing COVID was popping a daily vitamin? There’s still a lot of misconceptions about COVID-19 out there and while taking supplements can have great benefits, especially Read more…

A birthday is one of the most famous events for giving flowers. If it falls on a working day and your darling needs to go through the day in the workplace. You can send beautiful Read more…