Healthy hearts: how is the initiative of the Interamerican Society of Cardiology that seeks to raise awareness

For experts, prevention is still one of the pending priorities / Credit: Getty

In the world heart daywhich is celebrated this Thursday, September 29, the Interamerican Society of Cardiology (SIAC) co-leads an initiative to raise awareness about how to take care of people’s hearts; in addition to bringing valuable information on this subject to the societies of the Americas. It is that, at present, the Cardiovascular diseases are the leading cause of death in the world.

In this sense, from the SIAC and the World Heart Federation (WHF) pointed out that, although in the last 30 years science has advanced in the treatment of these diseases, leading to a significant improvement in survival, prevention is still one of the pending priorities. That is why both associations decided to carry out a global campaign for healthy hearts.

In this new edition of the campaign, SIAC and the WHF wish to spread 3 core messages:

Use your heart for humanity: encourage others to do physical activity every week. We recommend doing 1 hour of vigorous activity per week and 30 minutes of moderate activity 5 days per week.

“Those with fewer resources are the ones who suffer more frequently and severely from cardiovascular diseases. Access to health and treatment varies around the world, generating inequity. From the WHF and SIAC we promote awareness about inequalities and we encourage you to join Heart Day to make a difference”, they also highlighted from their website.

Use your heart for nature: encourage others to reduce the use of foods with a lot of packaging. ¡Unwrap less and cook more!

In this sense, the SIAC and the WHF highlighted that “environmental pollution, and especially air pollution, is one of the main causes of cardiovascular diseases. Through this campaign, We invite you to incorporate new and healthier habits, to create a world that is cleaner and more habitable every day.”.

Use your heart for you: ¡help say no to tobacco! If you or someone in your family can’t, ask professionals for help.

“Psychological stress doubles the risk of having a heart attack. Good habits like exercise, meditation and sleep are key to reduce the negative impact that stress has on the body and the heart. From SIAC we invite you to rethink habits and their impact on each one’s personal life”, they affirmed as a complement on this point.

Another of the aspects addressed by this campaign is led by three scientific organizations of great international prestige: the World Heart Federation, the Interamerican Society of Cardiology and the Mexican Society of Cardiology. As they pointed out, these institutions committed themselves to to study in particular the cardiovascular health of transgender people.

As they highlighted, it is estimated that there are 6 million people that are considered transgender in the world, although there is an underrepresentation of this vulnerable group. Being that Latin America is the region of the world with more violence towards the transgender community. “It is known that the risk of myocardial infarction is 2 times higher in trans men compared to cisgender men. Some studies report that heart attack rates of myocardium and cerebrovascular disease can be higher in trans women than in trans men”, detailed the experts.

While adding: “The hormonal treatments for sex reaffirmation may be related to an increase in thromboembolic complicationsof cerebral vascular disease, endothelial dysfunction, ventricular arrhythmias and repolarization disorders”, and that there is “strong evidence that the Estrogen therapy in trans women increases their risk for venous thromboembolism by 5 times. There is strong evidence that estrogen treatment in trans women increases the risk of venous bleeding.”

Three internationally renowned institutions are committed to studying the cardiovascular health of transgender people in a particular way / Credit: Getty

Those interested can join the campaign in a simple way. All activities carried out by your scientific society, work group, non-profit organization, community or personal, within the framework of world heart day,

Racism and Labor: Important Training to Eliminate Racism from Our Union

For some time, the Officer Education Committee, which I chair, has been working in conjunction with the Diversity Committee to put together a training program for AFM leadership, senior staff, local officers, and boards. This Read more… 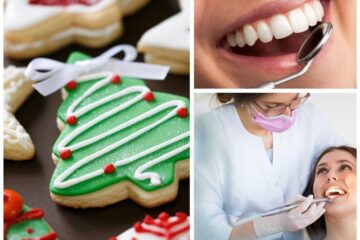 Limiting Your Sugar Exposure Good Home Care Increase Water Consumption Visiting Your Dentist It looks like we have fully entered the season of sweets! Halloween season kicks off the sweets, and then it just seems Read more…