Being an Army wife is a badge of honour we all wear with pride. Having just returned from Abhivyakti Season 2: AWWA Literature Festival at Jaipur, I feel prouder. The event had amazing army wives & army brats from across the country and abroad, all of them doing exceedingly well in their own fields. Someone was a celebrated author, another one was a poetess par excellence, one was a noted publisher or a poetprenuer or a celebrated anchor, educators, lawyers, entrepreneurs, army officers, pistol shooters, singers, classical dancers, engineers, theatre & drama artists, Chefs, Sports persons, researchers, cyber safety experts, artists, journalists, beauty pageant winners, psychologists, stand-up comedians, actors, RJs. You name it and we have them all.

Not even one of them had it easy. Some had lost their soldier husbands or fathers or brothers or friends. Some were born with an olive-green spoon, adapting to new environs with their father’s posting every two years, enhancing their skills, fighting their demons while developing their individuality. Our army brats. No, no, brat here is not used for a spoiled kid but in military parlance it signifies love and respect. While one of them commented that the word BRAT stands for Bold, Responsible, Adaptable, Tolerant, I couldn’t agree more. Because these kids have a multi-religious & multi-cultural identity, they have learnt to take challneges head on, from the day one. For them entire India is their home, most of the times even the places you have never heard of. Every child has a unique story so has every army wife.

Each one of them were a celebrity in their own way. Many were meeting each other for the first time, yet it felt like a family. This is what Fauj is. No matter what you do or where you go, this special connect makes it even more special. One of the days of this Military Literature Festival coincided with my Dad’s third death anniversary & I was sure I will excuse myself from the festival. That’s when my own army brats jumped in (who have both flown the nest) and told me to go, because they felt that would make their Nana prouder, rather than staying back, crying & missing him. I am glad I went because I went to my Fauji Family.

I met super achievers, who despite the challenges of frequent postings & separations have managed to make a superb life. With superb life I mean, a life with a purpose, a life which gives another one a shoulder to lean on or to take that leap of faith. Each one is there for another, because sometime or the other we all have charted the same path, treaded into the unknown only to be handheld and taken ahead by someone we never knew before. Their achievements are our achievements, their pain is our pain, and we don’t have to say it aloud, our eyes say it all. Our hearts beat for the same cause and our lips say a silent prayer for each other’s safety.

God bless every single soldier of our Indian army, the families & everyone involved.

Views expressed above are the author’s own.

The House voted 290-137 on Wednesday to stop railroad workers from striking. The unions had set a Dec. 9 strike deadline. On Monday, President Joe Biden urged Congress to act to prevent a strike that Read more… 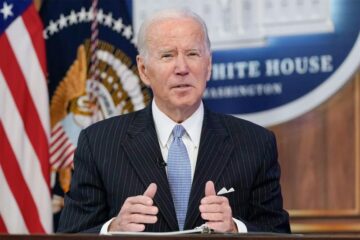 Why Visit Australia This Occasion

One of the far off nations on the earth, Australia, is a significant inclination among the explorers. Individuals visit Australia for all the experience it has, to spend get-aways or in any event, for vacation Read more…