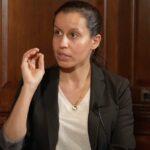 “Subway violence is a one-in-a-million event.  As a believer in a violence-free NYC, I Still think that’s one too many, but let’s not let fear-mongering politicians and corporate media outlets scare us into thinking we have a a dangerous, scary public transit system.”

Subway violence is a one-in-a-million event.

As a believer in a violence-free NYC, I still think that’s one too many, but let’s not let fear-mongering politicians and corporate media outlets scare us into thinking we have a dangerous, scary public transit system. pic.twitter.com/NEzvDLCH19

The defund-the-police Councilwoman, who the The New York post reported gave away defund-the-police merchandise last year, seems uninformed about the rampant violence in the Democrat-run city, including seemingly endless violence on the city’s transit system.

Perhaps she has missed some of these highlights from just the last six months:

Cabán issued the tweet following widespread coverage of the horrific attack on a woman at a subway station while on her way to work. Elizabeth Gomes was brutally attacked on September 2oth by an ex-con vagrant with a long rap sheet. Gomes suffered horrific injuries and may lose vision in one eye.

In comments to The New York Post, Gomes blasted Cabán:

“The subway system is dangerous and for her to post something like that — it seems to me that she doesn’t ride the subway or have anyone to ride it. She doesn’t really understand what it is,” Gomes told The Post. “It’s just getting worse and worse.”

Gomes, who lives in Far Rockaway and was on her way to work when she was attacked, said subway violence has increased since the pandemic.

She said defunding the police shouldn’t be an option.

Just two days before veteran FDNY EMS Lt. Alison Russo was stabbed to death  in Queens in broad daylight, The Post reports Cabán was distributing guides to local merchants discouraging them from calling the police.

The guide from the two Democrats urges small business owners to dial 311, seek mental health services for people with mental illnesses, and engage in “community mediation” instead of calling 911 to summon the police when there is trouble in many cases.

It also advises merchants to “give the person causing harm the chance to correct their behavior” before seeking intervention.”

Wanted to share this Public Safety Resources poster @ZohranKMamdani and my offices collaborated on.

We’re distributing them to local businesses, so our neighborhood is equipped with better ways of solving problems than simply summoning police every time a challenge arises. pic.twitter.com/zvpMWDRdeL

Cabán is out of touch.

Former president will announce his 2024 campaign at Tuesday event

Midterms are supposed to be the time for the opposition party to shine. That should especially be the case when there is once-in-a-generation inflation and when the vast majority of Americans think the country is Read more… 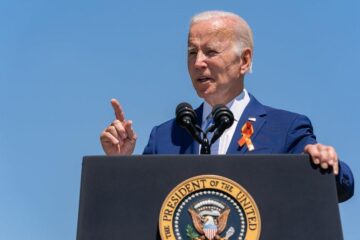 WASHINGTON — President Joe Biden on Tuesday promised that if Democrats keep control of the U.S. House and gain a few more Democratic seats in the Senate, then “the first bill that I will Read more…

WASHINGTON (AP) — The White House has a new effort to show local governments what it can do for their communities, hosting North Carolina officials to highlight funding opportunities and hear firsthand how coronavirus relief, Read more…